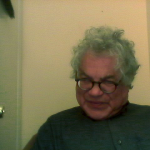 My first encounter with wiki editing was on Wikipedia about 2003. I did a lot of edits there, and I still do some editing there; you can see my user page on Wikipedia for a more detailed description of myself.

More recently, however, I have grown tired of the direction which Wikipedia has taken, with endless disputes over notability and whether a source is reliable. More and more I have turned to the specialized encyclopedias on Wikia as a way to avoid these disputes.

I currently am an administrator of six wikis on Wikia:

There are also a few wikis I contribute to:

Retrieved from "https://metro.fandom.com/wiki/User:BRG?oldid=9119"
Community content is available under CC-BY-SA unless otherwise noted.